Concerns about the country’s financial standpoint continue to come up daily now that everyone is thinking about the U.S. economy. The top question emerging is -when will the economy begin to recover? No one knows when the economic rebound is likely to happen, but expert economists are becoming aligned on when this will transpire.

Based on Economic Forecasting Survey from the Wall Street Journal, 85.3% believe a recovery will begin in the second half of 2020.

Chris Hyzy who is the Chief Investment Officer for Merrill stated they are fully expecting that the economy could begin to pick up in late June and July, then a strong recovery in Q4 of this year will follow.

Furthermore, five of the major financial institutions are also forecasting positive GDP in the second half of the year. Today, four of the five expect a recovery to begin in Q3 of 2020, and all five agree a recovery should start by Q4.

Leading economists, analysts, and financial institutions are all in agreement that the economic recovery should begin in the second half of 2020.

Everyone is so focused on the American economy at the moment. As it goes, so does the world economy. With states beginning to reopen, the question becomes: which sectors of the economy will drive its recovery? There seems to be a growing agreement that the housing market is positioned to be that driving force toward the necessary improvement.

Some may question that statement as they look back on the last recession in 2008 when housing was the anchor to the economy – holding it back from sailing forward. But even then, the overall economy did not begin to recover until the real estate market started to regain its strength. This time, the housing market was in great shape when the virus hit.

According to Mark Fleming, Chief Economist of First American, many still live with the effect of the Great Recession. People may be expecting the housing market to follow the same path in response to the coronavirus outbreak. But, distinct differences are showing that the housing market may follow a much different path. The housing market may have led the recession in 2008-2009, it may also manage to bring us out of it this time.

Every piece of sold property has an impressive financial impact on local economies. As the real estate market continues to recover, it will act as a strong tailwind to the overall national economy.

Homebuyers seem to be taking full advantage now that social distancing orders are being less tight across the country. According to the Mortgage Bankers Association, applications from homebuyers increased last week by 11%, marking the third consecutive week of increases.

The homebuying activity is still down 10% over the year, but that year-over-year gap is thinning out every week. The number of home buying loan applications in April was down 35% annually.

According to Joel Kan, MBA’s Associate Vice President of Economic and Industry forecasting, we can expect the wave of improvement to keep on spreading.

Refinance applications have been declining in recent weeks despite record-low mortgage rates. The average rate on a 30-year, the fixed-rate loan came in at 3.43%, but refinancing activity dropped 3% this week and 2% the week prior. This is probably due to a combination of factors, including stricter lending standards, increasing unemployment, and more time-strapped lenders.

If rates continue to drop, demand for refinances may see an even bigger spike. According to a report from Bloomberg, mortgage rates could drop below 3% in the coming weeks—well below the lowest point on record. This could add serious incentives for homeowners to refinance.

According to the recent Mortgage Monitor report from real estate analytics firm Black Knight, if rates drop to just 3%, more than 19 million homeowners could shave at least 0.75% off their mortgage rate. 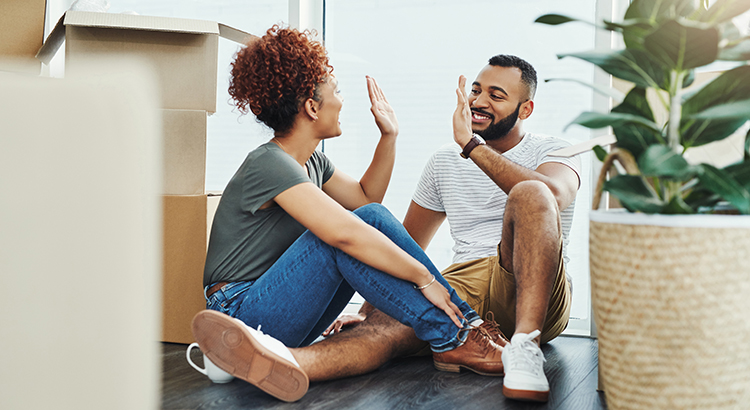 Almost everyone has been complying with the stay-at-home orders from our state and local governments for nearly two months now. This unexpected situation has put our daily lives on pause making us find comfort in spending time at home and feel secured from having a much-needed safe place to live.

According to the Housing Vacancy Survey (HVS), Americans place great value in homeownership and it is continuing to grow in the United States. The results provided by the U.S Census Bureau show that the homeownership rate rose to 65.3% for the first quarter of 2020. This is a number that has been rising since 2016 and is the highest rate obtained in eight years.

The National Association of Home Builders (NAHB) explained that a strong owner household formation with around 2.7 million homeowners added in the first quarter has made the increase of the homeownership rate, especially under the decreasing mortgage interest rates and strong new home sales and existing home sales in the first two months before coronavirus hit the economy.

The National Association of Home Builders (NAHB) also highlighted that the homeownership rates among all age groups increased in the first quarter of 2020.

Homeownership has always been a great financial investment and an important part of the American Dream. The current situation makes many people feel more thankful for the home they get to share with their families. Coronavirus may be slowing our lives down, but it is showing us the emotional value of homeownership too.

Stacey joins over 15,000 North American real estate professionals who have earned the SRES® designation. Requirements to receive the designation include completing a comprehensive course in understanding the needs, considerations, and goals of real estate buyers and sellers aged 55 and older.

Stacey understands that older segments of the population have a very different set of needs when it comes to real estate transactions. “As a Realtor, a large part of my job is to act as a problem solver for my clients,” says Stacey, “I solve problems my clients are trying to resolve, and also the problems I can forecast and alleviate for them based on my experience”.

Some of these challenges may include remodeling a home to allow for intergenerational living or clients who are looking for a lifestyle change and need guidance on community features that fit their lifestyle.

Stacey explains that “some clients are interested in downsizing the family home they have lived in for 40 years, and need an agent like me to help the entire family through this emotional process.  I have the experience to do all of this, and now I have additional training to provide unparalleled service to all of these clients’ needs.”

SRES® designees have unparalleled training and experience in seniors real estate, including:

To connect with Stacey Decker, please contact her via phone at 503.858.9998 or email at stacey.decker@cascadesir.com